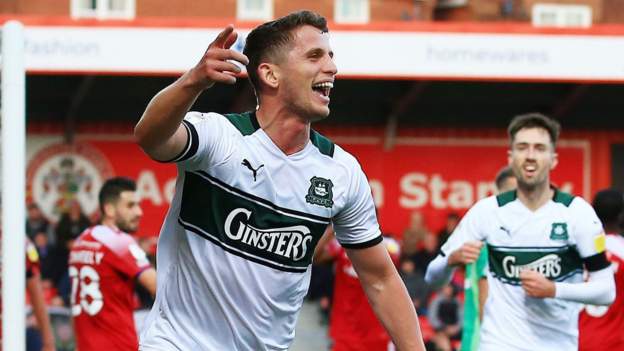 Ryan Lowe celebrated his 100th league game in charge of Plymouth with a 4-1 League One victory away to Accrington that sent them to the top of the table.

The win extended Argyle’s unbeaten league run to 16 games as they overtook fellow high-fliers Wigan – whose match at Morecambe was postponed because of international call-ups – in pole position.

The visitors took the lead via an own goal midway through the first half.

Conor Grant’s high cross into the box had captain Joe Edwards and Stanley’s Ethan Hamilton challenging for the ball before it bounced off the Accrington player and looped beyond goalkeeper Toby Savin.

They doubled their lead just before the break when Jordon Garrick fed Jordan Houghton in the area and he squeezed the ball home from a tight angle via the far post.

Accrington reduced the deficit five minutes into the second half when unmarked Tommy Leigh celebrated his first league goal, getting on the end of Harry Pell’s cross and stroking the ball home from eight yards.

They made it four when Broom’s ball in was headed home by Ryan Hardie from close range with 14 minutes remaining for his 11th goal of the season that added the gloss. 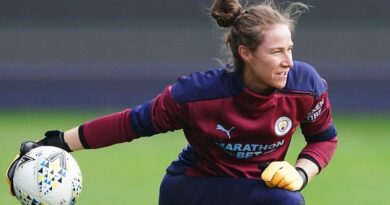 Karen Bardsley: Manchester City keeper wanted to fall back in love with football 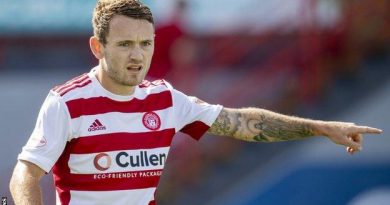 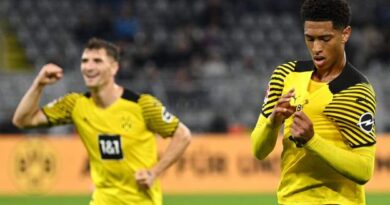