The 50 year old UK Misuse of Drugs Act, which provides the primary legislation for our drug laws, has failed to reduce illicit drug supply, use, and harms and was designed, and continues to be used, as a tool of systemic racism, argues Lord Simon Woolley in The BMJ today.

He outlines the failures of UK drug policy, particularly in black communities, and calls on the medical profession to support a root and branch review of the law to consider alternative approaches.

UK drug policy is a mess, he writes. As the recent independent review by Professor Dame Carol Black showed, the UK’s consumption of illegal drugs is growing across all sectors of society, our treatment system is near collapse, and our drug related death rate is one of the highest in Europe.

Current drug policy fails everybody, but it fails black communities in particular, he explains. Data show that despite white people reporting higher rates of drug consumption, black people are more likely to be stopped and searched for suspected drug possession, and are more likely to be arrested, charged, and imprisoned for drug offences.

All this matters as an issue of social justice and of public health, says Woolley. “It creates anxiety, stress, and alienation that contribute to the high levels of mental health harm experienced across our black communities.”

And he argues that all this needs to stop. “For decades, politicians from all sides have either turned a blind eye to drug policy failures or weaponised the debate to score cheap political points. This has led to half a century of stagnation, which has landed with force on our black communities, driving up needless criminalisation and undermining relationships with the police.”

Anyone interested in effective drug policy, or in the effective reduction of drug related harms, should be calling for a root and branch review, he says.

He, along with almost 60 of his fellow parliamentarians, have recently signed a statement to that effect, and he calls on medical and public health communities to do the same.

“Such a review should provide a comprehensive, independent assessment of the effects of the Misuse of Drugs Act and its fitness for purpose 50 years on,” he writes. “It must also consider in detail the options for alternative approaches, including the growing body of evidence indicating benefit in both decriminalisation of people who take drugs and legal regulation of non-medical drug supplies worldwide.”

“We have a growing literature on what works and what causes harm in drug policy—including how to tackle racial inequalities—which should inform policy makers,” he explains. “We need to base policy on the evidence, not fear and political inertia. We need a mature, informed, and open debate on this topic, and we have to be prepared to discuss all options if we are to resolve the current crisis.”

Black voices, supported by others across society, must be listened to, he adds, and he calls on the medical profession to be more vocal in discussing the extent to which drug policy affects the health and wellbeing of black people.

“Whatever our views on how we can do drug policy better, without a serious open and adult discussion—and without the key medical bodies actively supporting that debate—we will face more decades of stagnation and failure,” he concludes.

More information:
Our drug laws are racist, and doctors must speak out – an essay by Simon Woolley, The BMJ, DOI: 10.1136/bmj.n2147
Provided by
British Medical Journal 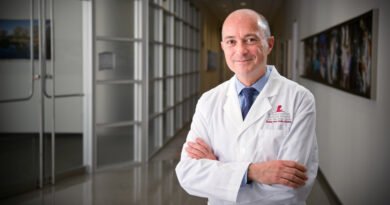