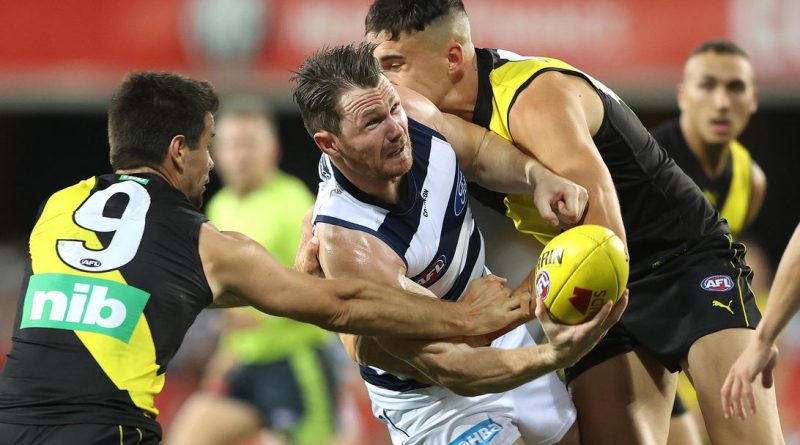 The pandemic has really messed with a lot of sports this year, but down in Australia we’ve managed to get through 20-plus weeks of Professional Australian Rules Football without any significant COVID-19 setbacks. This weekend, it all comes to an end in Australia’s Super Bowl: The AFL Grand Final.

It’s a feline extravaganza as the top two teams, the Richmond Tigers and the Geelong Cats, face off for the 2020 Premiership Cup.

Subscribe to the CNET Now newsletter for our editors’ picks of the most important stories of the day.

Usually, around 100,000 spectators would pack out the Melbourne Cricket Ground for a game of “footy” in September. This year, things are a little different. For one, it’s October. Two: Pat McAfee single-handedly got US viewers excited about Aussie Rules when lockdowns shut down all the major US sports, so there’s a bit of extra interest.

It’ll be a historic Grand Final for the AFL. It’s the first time the Grand Final will be played at night, under lights. That’s not the best news for international viewers in the US, which puts the game live into the States in the early morning.

Australian Rules Football is the greatest game in the world, but the Australian Football League isn’t great at pulling together guides for international viewers — its international broadcast guide refers to 2016. But, look, I swear we’re not backwards down here, and despite how it looks, the AFL does want to expand its fan base.

If you’re keen to see the biggest* spectacle on the planet without all the ads you get during Super Bowl…  here’s everything you need to know.

When does the Grand Final start?

The first bounce is at 7:30 p.m. AEDT in Australia. If you’re in the US, you’ll need to make a night of it or get up early and brew a latte (that’s what the folk in Melbourne, where the Grand Final is normally played, would do.)

Let’s run through some US time zones:

And if you’re in the UK:

Just because this is a (potential) one-off nighttime Grand Final and the start time is a little wonky, here it is in all Australian time zones:

How to watch the 2020 AFL Grand Final

The game will be broadcast on Fox Sports 1 in the US, and coverage starts an hour before the bounce at 12:30 a.m. PT / 3:30 a.m. ET. In the UK, BT Sport 3 will be carrying the Grand Final. That means you’re going to need a cable subscription if you want to get involved. If you don’t have one, there are a few other options you can pursue.

Any international viewer can stream the game by using Watch AFL, though a Grand Final Pass is going to set you back $40 AUD (about $28 USD).

Even though the website looks like it was developed in the 1990s, you can watch on a compatible phone, tablet or computer, and it supports Chromecast, Airplay or the Apple TV app. There’s VPN potential here, if that’s something you’re interested in.

Aussies are, understandably, covered. Channel 7 will broadcast the Grand Final on free-to-air live. Coverage will start at 4:30 p.m. AEDT.

The AFL Broadcasting department tells CNET that “streaming in Australia is only available on the AFL Live App presented by Telstra,” which means you won’t be able to get on any free streaming services and watch along.

The AFL Live Pass costs $4.99 for a week, but new customers can get a free two-week trial — so that might be your best bet if you haven’t signed up before. However, this doesn’t support casting to devices.

There are certain devices that will allow you to play the game on 7Plus if you’re inside Australia. For a full list, head to the 7Plus website. Apple TV, PlayStation4, Android TV are all included.

I know nothing about Aussie Rules but I’m excited, what should I know?

To be honest, this video produced by the AFL gives a really clear, concise rundown of everything you need to know. I’d start there. Then watch highlights from the 1997 AFL Grand Final between the Adelaide Crows and the St. Kilda Saints and you’ll be set.

Where is the Grand Final played?

Unlike the Super Bowl, the Grand Final is only ever played in one stadium in Australia: the Melbourne Cricket Ground, or MCG. However, this year being… well, this year, there’s been a change of plans.

The Grand Final will now be played at the Gabba in Brisbane, Queensland. Perhaps to show our international readers just how important the MCG is to the Grand Final, consider this: The AFL decided to cut up a patch of grass from the MCG and ship it 1,100 miles across the country so the MCG would somehow be involved in the final game of the year.

This is a spare no expense type operation, guys. I can’t imagine what McAfee feels about this.

Is there a halftime show?

Weirdly, yes. The AFL doesn’t typically run a halftime show, but COVID-19 has got them trying new things and they’ll be running entertainment at the break.

Look, fair warning: This is the biggest event on the Australian sporting calendar, but it can’t compete with the spectacle that is the Super Bowl. The halftime show will feature a band by the name of Sheppard, who you may know from their huge single “Geronimo” (or you might not).

For what it’s worth, the AFL is going with an All Australian theme for the entertainment, but it probably should just go back to The Killers, who delivered an iconic pregame show that was as delightful as anything Springsteen’s done at a Super Bowl. 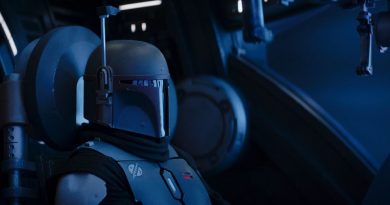 iPhone 8 vs. iPhone 8 Plus: Specs and features compared 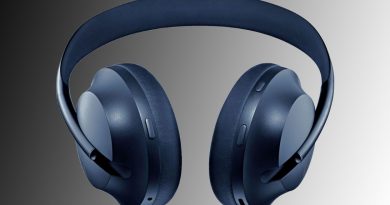 The price of silence is $212: Get Bose Noise Cancelling Headphones 700 for the lowest price ever